Leading recovery-support groups is as much about the group as it is about the capacity of the leader. Understanding what makes a healthy group will help you as a leader foster healthy group interaction so that participants are able to work both individually on their personal struggle but collectively as a unit. 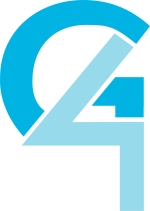 We cannot put individuals together and immediately expect them to work together, this will take time and typically follows a pattern of development. Below are the five standard progressions that each group will go through in its development.

During this period of growth, group members are likely guarded and unwilling to share the truly intimate details of their struggle with the group. It is likely that members are orienting themselves to the group and setting the expectations that they will have of the group and its members. Moving out of this stage will require members to risk being vulnerable with other members about potentially risky or uncomfortable topics.

The second stage of development among groups is called the storming phase because it is typically characterized by tension and conflict. As relationships develop there will naturally be conflict and recovery-support groups are no different. The conflict can be interpersonal (with other group members) as they learn to trust and communicate well or intrapersonal (within each group member) as they acknowledge their life struggle more fully and wrestle with the resistance to change we all generate. Individuals often have to learn how to relate to others in the group which can lead to a conflict in beliefs, expectations, or even hurt feelings. While conflict might not present itself in conversation there might times that it is present below the surface and only visible in body language and other non-verbal communication.

During this stage participants might be fighting for power, control, or leadership responsibilities. In groups with multiple strong personalities it is likely that they will compete to control aspects of the group. Due to this competition and discomfort experienced, some group members are likely to remain quiet or timid. For this reason, the biggest goal during this stage of development is to learn to listen, respond well, and adapt to one another in group.

Members within the group begin to take co-ownership of the group sharing the responsibility for the functioning of the group including during meetings and the days in-between. Most groups tend to operate in this realm of group dynamics for the majority of their existence.

This stage of group dynamics is not reached by all groups or perhaps by every participant in the group. Reaching this level of group cohesion requires that members within the group would grow into operating together to the point of true interdependence. The depth of personal relationship that is seen at this level of group dynamic is not seen at the other levels but if done well can be the key to a successful group.

This stage is the most productive of all stages. Participants are able to be flexible and move between roles and responsibilities within the group filling the gap wherever needed. The major mark of this group is group cohesion that leads to genuine and beneficial problem solving. Members in this group respect the beliefs, ideas, and opinions of other group members and will take to heart those things that are shared in group.

Participants in this type of group are the most committed members. They have often been together for a relatively long period of time and are desire to work together with the overall goal of achieving success in helping one another through their significant life struggle.

This is the final stage of any group. This is the point at which the group discontinues meeting together and disengages in relationships. There is no longer a need for meeting with one another. For this stage there must be a plan in place in order to successfully step away from the group.

There must be a space of time in which the group is prepared to be disbanded and participants are allowed to say their personal goodbyes to others in the group. Without such a period, members of the group can often face the setback of feeling alone and isolated. Most believe that to effectively end a group, it is best to see it as a graduation from a group rather than an ending of a group.

In G4, this stage will most likely not exist for entire groups. As we are open groups, the likelihood that a group would all begin and end simultaneously together is not often realized in our ministry. For that reason, we encourage members at their own pace to graduate out of our ministry and return to the existing small group ministry of the Summit or their home church.

One thought on “Basics of Group Dynamics”